Should you wish to be notified when new content is published, send us your email address using the ‘Leave a reply’ box below.

Secondary school children across the Geelong region received a stinging metaphoric ‘slap to the face’ from the State Government in Budget .

Two years of pleas from the Geelong region’s education sector and G21 – Geelong Region Alliance for workable internet at our secondary schools was ignored.

This from a government which came to power on a promise to make Victoria ‘The Education State’.

Equally stung, and presumably embarrassed by the Budget omission, would have been members of the Barwon Regional Partnership.

The Partnership is one committee of the government’s own state-wide network set up to “give regional communities a greater say in government decision making”.

The Barwon Regional Partnership’s number one priority project, arrived at after wide community consultation, was to fund the Geelong Secondary Schools and Community Digital Learning Hub to bring super-fast internet to all secondary schools (public and private).

The region had even made it easy for the government, packaging up a ready-made solution to the current appallingly inadequate internet across most of our schools.

The Digital Learning Hub solution would cost just $4.7 million and be delivered through the AARNet, a not-for-profit company jointly owned by the CSIRO and Australian universities.

Currently, at best, just 8 per cent of students in Geelong region secondary schools can access basic internet content at the one time because of limitations of the existing school internet service.

In many schools only one full class can get internet access for on-line learning at the one time – and that’s on a good day!  Yet increasingly the Victorian Education Department curriculum calls for teachers to use on-line resources.

Compare this to 100 per cent of students being able to work effectively on the internet at once if the Digital Learning Hub – AARNet proposal were to be funded.

In its own defence, the government would no doubt repeat a public relations line from its budget media releases saying it had provided funds to “boost the internet bandwidth of regional schools to the same standard as their metropolitan counterparts”.

Have you looked at the speed of internet access at metropolitan schools lately?  That’s not a solution; that’s either a joke or an insult.

AARNet would provide each Geelong region secondary school with a high-speed connection of 1Gbs to meet the learning requirements of their students, teachers and wider community. It can be easily further upgraded.

No other current telecommunication provider (including the NBN Co) can provide, or is designing to deliver, learning content to the number of students each of the proposed Digital Learning Hub schools needs to support.

We must bring workable internet to our secondary school children to enable Geelong region schools to join the digital age.

The Digital Learning Hub plan is partnered by all secondary schools in Geelong, Colac-Otway and Surf Coast municipalities, along with Deakin University, The Gordon and Geelong Regional Library Corporation, with support from G21 – Geelong Region Alliance.

Geelong region has more than 40,000 secondary and primary students, yet the uncomfortable truth is that our school retention and Year 12 completion rates lag well below state averages.

Are we the Education State, or not?  Do we value our children’s education enough to give them the digital tools they need? Is the government serious about the Regional Partnership consultation process, or not?

Setting up a consultative committee only to ignore its number one recommendation is not smart politics. Nor is it good for our kids’ education.

For information on the Digital Learning Hub: http://www.g21.com.au/geelong-secondary-schools-community-digital-learning-hub 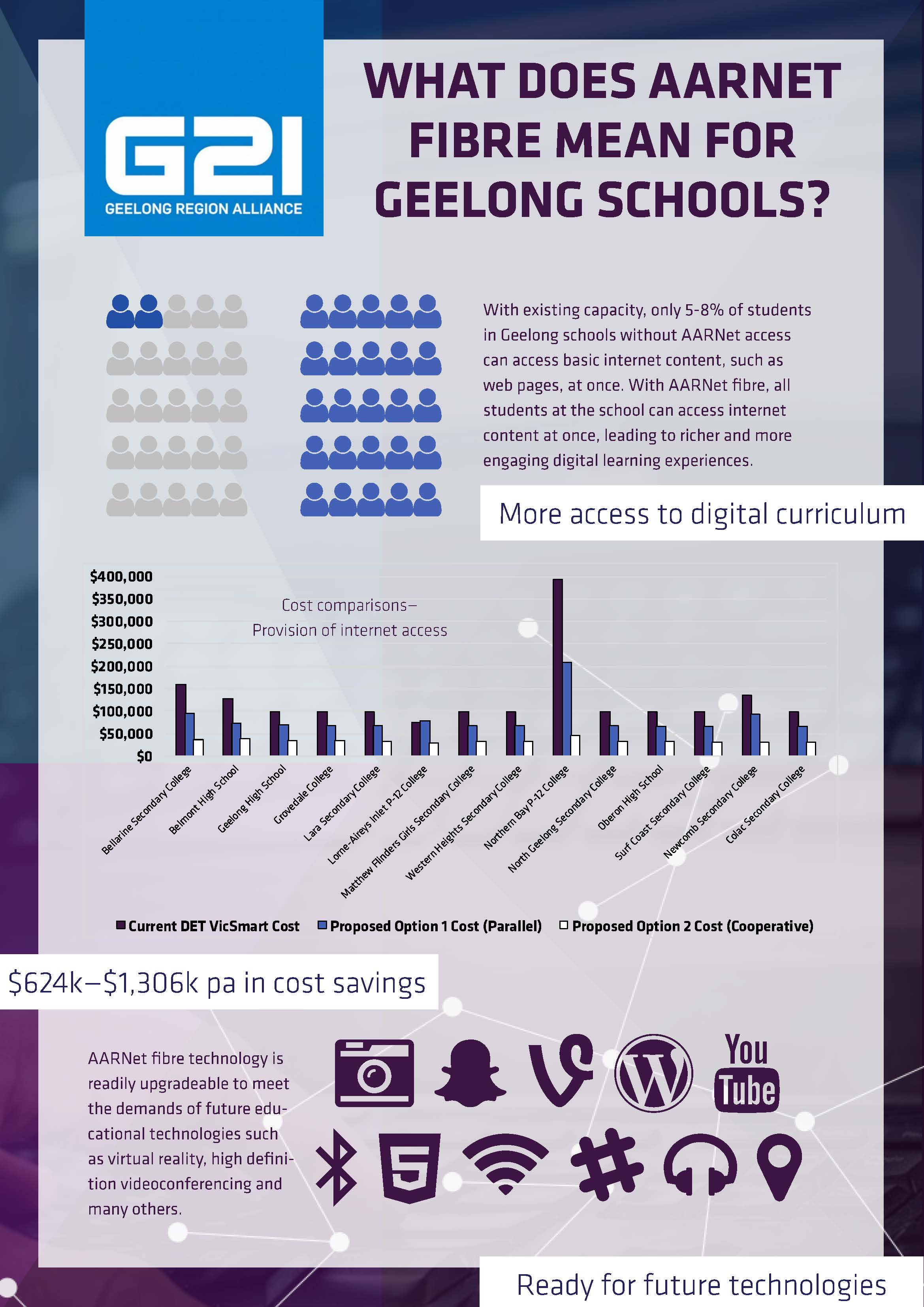